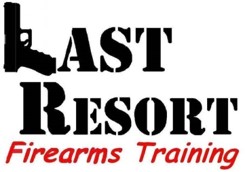 This 1-day class will improve the student’s mental & physical preparedness for avoiding or surviving a violent attack within a riot or violent protest.  Classroom portion will cover the serious tactical, political, and legal problems of this dynamic environment.  Three specific case studies will highlight how this threat is the most difficult of the ones we could encounter outside our homes.  Study of this threat environment will include while on foot and in a vehicle.

Classroom topics will include: (1) the riot/violent protest threat & environment; (2) the more complex legal issues of using deadly force against this threat in this environment (3) lethal and non-lethal defense options; and (4) wargaming and mentally rehearsing likely confrontations.

This is not a beginner-level class.  Students should be competent in safely drawing, handling, and firing their handgun both while on a firing line and during scenario training.

About Ed Monk, Co-Owner of Last Resort Firearms Training:
With experience as a police officer, schoolteacher, firearms trainer, and Army officer, Ed Monk has been researching, writing, and providing training on the Active Shooter threat for over ten years.  He has trained the armed staff of public schools, armed church security teams, School Resource Officers, and other law enforcement officers on countering the Active Shooter.  He has served as a consultant for school districts, churches, and businesses.  He has provided presentations on the Active Shooter threat to universities, law schools, public schools, churches, law enforcement agencies, government agencies, businesses, conferences, and other audiences in several states.  Ed is co-owner and instructor at Last Resort Firearms Training in White Hall, AR, where he trains citizens and law enforcement on the defensive use of handguns and other firearms.  In 2007, Ed retired from the Army as a Lieutenant Colonel and Battalion Commander after 24 years of active duty in the US, Europe, and Iraq.  Immediately after his Army retirement, Ed taught high school for four years and served as a deputy sheriff in Kentucky. He now serves as a Part Time police officer for his city.  Ed’s formal education includes a BS in US History from the US Military Academy (West Point), an MS in Adult Education from Kansas State University, and he is a graduate of the US Army Command and General Staff College.

Pre-requisites:
This is not an entry-level course. Students must have previous training, at a level of at least the Firearms Academy's Level 2: Defensive Handgun course of fire or the equivalent from a reputable shooting school. Please call with any questions about the pre-requisite. Do not sign up unless you are sure you qualify for this class.

Requirements:
Students must also present a valid state issued concealed carry permit/license upon sign in for class. It CANNOT be stressed enough that students enrolling in this course should have the above skills mastered. We will not slow the class down because students cannot keep up. If you question your skill level for this course, please consider enrolling in our other training courses first, before attempting this class.

Please note that this is a private range.  There is no public access, other than for scheduled classes / events.  Contact us for driving directions, information about the range, or lodging recommendations.