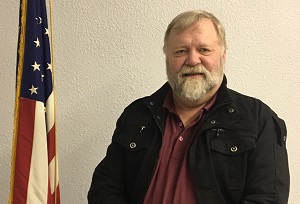 Once upon a time, a very young police officer read a magazine article which discussed officers going outside their departments for training. The article explained that no department had their best interests in mind, and that an officer who wanted the best training, and who wanted to be truly prepared to handle what the street had to offer, should set aside 10% of their pay for survival. The article was written for the brand new cop, who was likely making a better paycheck than they had previously enjoyed, and the premise is that you really wouldn’t miss that 10% and once it got to be a habit, you would always have the money to train, if you wish. Of course, that very young police officer was me, and I did take that advice to heart.

Of course, back in the 70’s and early 80’s, there wasn’t very many places to train, especially in North Idaho and Eastern Washington. But that didn’t mean I couldn’t supply myself with the best equipment and partake in PPC competition, which is what I did. I was one of the very first officers in my area to purchase his own Kevlar bullet proof vest, and I quickly upgraded my duty carry gun to a Smith and Wesson Model 27 6”. As the months and those first years went by, I took the 10% and bought more gear, some of which I still have and occasionally use to this day. I also spend money on ammo, and practiced until I started winning PPC matches (Expert Class) and eventually made it to Master Class.

The result of this obsession with learning as much as possible was an unanticipated one, that being CONFIDENCE! I worked primarily small towns, where the only police officer on duty was me, and back-up was 20 minutes away, (on the average). I remember one incident vividly, that drove this home. About 2:00 one morning, there was a call of a domestic violence incident where the man involved was threatening his wife with a handgun. I was on the scene within one minute, and calling for back-up officers. I kept a lookout on the residence until two Spokane Sheriff’s Deputies arrived, and then we made contact at the home. As fate would have it, he left while she was calling 9-1-1, and after the incident was over, (taking a report) us three cops looked around and laughed. The comment was made “He didn’t stand a chance.” You see all three of us were competition shooters of a pretty high caliber, and we would have put him down instantly if he had been there and was a threat to anyone.

Another incident involved an escaped murderer. A few years ago, this guy had killed his sister, and one other time had escaped from Eastern State Hospital, (mental hospital) and at that time he broke into a residence and stole a firearm. My SGT told me that the escapee had aimed the revolver at him, but didn’t shoot because the noise of the hammer falling would have alerted people as to his whereabouts. Yep, he was just a little crazy.

Anyway, as fate would have it I found the guy out walking alone on a rural county road, and after calling for back-up, jumped out of the patrol car about 25 yards away and arrested him at gunpoint. I never thought about letting him go, as he was very much a danger to society, and needed to be stopped. I had told myself that unless he complied fully, I would shoot him. Well, he complied, and I attribute it to the CONFIDENCE I had. Eventually a deputy showed up, but I already had him searched and stuffed into the back of the car. The deputy did offer to transport him to jail, but I declined. I wanted credit for the arrest!

So, how do these stories relate to present day and the armed citizen? I firmly believe that due to my previous training, practice and competition, I handled both incidents without fear, and with a plan in place to handle both if things turned nasty. And it is that CONFIDENCE that I carry with me today into the civilian armed citizens sector, of which I now occupy a spot. That is why I continue to train and compete, in order to keep that CONFIDENCE high.

I hear theories how the average person will turn into a puddle of melted jello if they have to shoot someone in self-defense, and thus they should NOT give any statements to the police. Okay, so let’s assume for a moment that is true. Thus, it is your job to be way above average. One of my close friends and mentors in the training business was the late, great Jim Cirillo. We talked at length when he would come out here and train at FAS, and one of the topics we would discuss over dinner or drinks was his reaction to the dozen or so shootings he had been in. He related to me that he never felt a high degree of stress, either during or after the armed encounter. Even his first one. He attributes this to his competition experience, and his willingness to train on his own time.

A real-time example of CONFIDENCE in your skills winning the day was just this week, where armed citizen (and professional firearms instructor Jack Wilson) made a head shot on an active shooter in a Texas church. Google Jack Wilson and the multitude of stories will magically appear on your computer screen. Because of his past training, he calmly shot the murderer in the head from an estimated 15 yards. Could you have made that shot? He did, and wasn’t even rattled by the event. Just took care of the business he need to take care of.

We teach a lot of new shooters here at FAS, and I am sure many reading this newsletter would fall into this category. I really don’t understand why the majority of first-time students don’t come back to class and continue to train, although I have a few theories. One such theory is that the student (primarily female) came to class to appease a male figure in her life. “Okay, I did it, now shut-up about it, okay!” Of course, that person would have no confidence if they actually had to use a gun in self-defense, but at least they took that first step.

Another theory, and one which I believe is more likely the truth for many, is that they “falsely” believe that learning how to shoot the gun is all they need. They may have been apprehensive about the whole gun shooting issue, and once they settle down and realize that shooting is no big deal, their initial needs are met. And while they would take more training if it were convenient, for one reason or another it never seems to be convenient.

NOTE: It is my intention to limit these messages to about 1,000 to 1,500 words, and so we will end Part One now and pick it up next month.